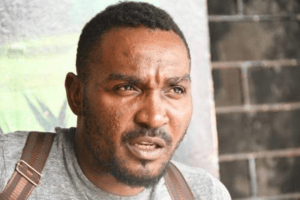 JAMAICA OBSERVER- Dean Stewart, the father of deceased one-month-old baby, Daniella Stewart, says he will be taking legal action after a doctor concluded that the baby’s body was in an advanced state of decomposition after nine months on ice awaiting an autopsy.

Stewart told the Jamaica Observer that the police transported him to the House of Tranquility Funeral Home in Kingston to view his daughter’s remains and to get an autopsy done, only to be told by the presiding doctor that an autopsy was not possible since the body had decayed.

“After them lift me up the steps and showed me the body the doctor tell us that he is not cutting it, so no autopsy was done,” said Stewart. “The body black like something that was burnt up. I couldn’t even tell if that was my baby to how the baby black.

“I told them that I wanted to do a DNA test, but them say it would take too long. But I couldn’t even tell if that was Daniella,” he added.

The father said that after only viewing the body, the doctor, in a fit of annoyance, asked the police why was he asked to do an autopsy on a decomposed body, and advised that it be cremated, and then left the funeral home.

“The body was so black that even the doctor ask them ‘why unu bring me come here to see this? ‘That body have fi guh burn,’…that the doctor tell me,” said Stewart.

When the Sunday Observer checked with a Sergeant Williams from the Hunt’s Bay Police Station who was in charge of the case, he told the newspaper that an autopsy was done and that the doctor’s report stated that the baby was premature and died of natural causes. The report also stated that baby Daniella’s body was in an advanced state of decomposition.

However, the frustrated father insisted that no autopsy was done. He also said that the baby was born after a full nine months in her mother’s womb.

“The baby never premature, the baby born full-term so nutten nuh guh so. No autopsy was done. None,” Stewart stressed. “If the body is in an advanced state of decomposition how was it worked on? If the baby was in an advanced state of decomposition, how could they examine something that was rotten. The baby was black like when something burnt up. You cyah examine nutten that rotten,” he said.

Stewart argued that the policeman was giving the false impression that an autopsy was done, when in fact, the doctor left the funeral home without even examining the decomposed body.

“Them take 10 months to do an autopsy on a advance decomposed body,” said the father, questioning, “How the baby fi just dead so, what is a natural cause?” Stewart puzzled.

On that note, the father pointed to a Bacillus Calmette–Guérin (BCG) vaccination that was administered to the young baby two and a half hours after she was born.

“We have her passport and it tells us when the baby was injected and if it is correct, it was like two and a half to three hours after the baby was born. But, in the passport that the child got when she was born, it is recommended that the child get it six months after birth,” said Stewart, adding that other than breast milk, the baby had only been given the BCG vaccination shortly after she was born.

“Is only two things the baby get within the 30 days that she was alive. It was breast milk and the BCG injection. The baby not even drink water,” said Stewart. “So is either the child was allergic to her mother’s breast milk or them give her the injection too early.”

The BCG vaccination is used against tuberculosis. However, Stewart questioned the necessity of the vaccination, especially for a baby just two hours after birth.

“I did my own research into what could have caused my daughter’s death and when I check it out, it is for tuberculosis. But tuberculosis has not been around for a while and them say the vaccine is why that is. But if there is no more tuberculosis, probably BCG not so relevant as in the time when tuberculosis was around.

“Not that I am saying BCG is dangerous for every child, but I am narrowing down the possibilities, and breast milk from the mother for those 30 days that she was living, and the child had also received an injection of BGC before 24 hours past,” said Stewart.

The former member of Jamaica’s National Paralympics team and Government scholar said that when he first took the baby to the Bustamante Hospital for Children, he was told by doctors that the baby died upon arrival. However, he was later told that the baby died at the hospital.

Two months ago when the Sunday Observer first carried the story, Stewart, who is a resident of Maxfield Avenue in the Corporate Area, reported that that baby Daniella had died at home last October on her mother’s birthday.

Stewart said that he and the mother rushed their baby to the Bustamante Hospital for Children, where the doctor who received Daniella came to them moments later and reported that the baby had died. Stewart said the doctor told them that the child died before she arrived at the hospital.

The doctors told the couple that after they had examined little Daniella’s body, they saw no physical signs to indicate what could have caused her death.

Soon after the story was published, Stewart said the police got in touch with him and took him to the funeral home to have the autopsy done. Stewart surmised that police personnel were trying to make up for lost time after they had waited nine months to do an autopsy.

While the police were transporting him from the funeral home, Stewart said that one of the lawmen made a snide remark, asking whether he had expected to ‘get a money out a this’.

“I said to him: Officer mi just want closure. I just want to know what happened to the child,” said Stewart.