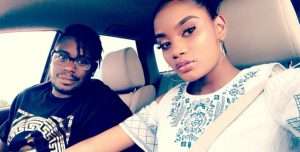 newsday.co.tt- DEANGELO CLARK, a police report states, contacted his Trinidadian-born girlfriend Kiara Alleyne’s father over the FaceTime app, while he was in the process of killing the screaming mother of one at their Florida home on Wednesday September 11.

These startling details were made known by a source from the Marion County Sheriff’s Office, when Newsday contacted them yesterday, for an update on the investigations.

The source said that an autopsy revealed that Alleyne was stabbed to death. The source added that Clark will soon be charged with homicide and arson and is still in hospital recovering from burn wounds.

Alleyne was originally from Cap-de-Ville in Point Fortin but recently migrated to Florida and began a job as a nursing assistant. The Marion County Sheriff’s Office provided Newsday with a report which stated that Alleyne’s father, Sheldon Alleyne, received a FaceTime call from Clark on the morning of September 11, in which the latter said he had just killed Kiara and asked what to do.

The report stated that Clark had used her phone to make the call. He claimed she had a knife but her father said he heard her in the background screaming, “I don’t, he has the knife!” Those are believed to be Alleyne’s last words.

Her father, according to the report, told Clark, 30, to call for help but he refused as he feared his and Alleyne’s child, a one-year-old girl, would be taken away from him.

Alleyne said in the report that before Clark ended the call, he (Alleyne) was able to see his daughter lying on the floor in a pool of blood. The report was written by Marion County Sheriff Office officer J. Lightle.

Alleyne’s father who lives in New Mexico immediately left for Florida after the FaceTime exchange. Marion County detectives found Alleyne dead in the master bedroom of her Anthony, Florida apartment after they received a call from a relative of the woman. Clark was not at home. There was blood on the door handle, a blanket hanging out the bottom of an oven and the apartment had a “strong odour” of lighter fluid.

The couple’s daughter was later found unharmed at the home of a relative and Clark was subsequently arrested in Monroe County near the Florida Keys.

Clark was taken to hospital with “severe injuries” and underwent surgery. He was charged in Monroe County, with criminal mischief, property damage and burglary.

But speaking with Newsday yesterday, public information co-ordinator at the Marion County Sheriff’s Office Kayla Welch said Clark will be charged with homicide and arson and will not be granted bail, according to the probable cause document. Probable cause is needed to issue warrants, make arrests, and seize or search property.

Police received a report about Clark in June for a domestic dispute with Alleyne. On June 9, she reported to Marion County Sheriff’s Office that Clark had left the apartment with their daughter. The report said there were “numerous glass objects” shattered on the apartment floor.

Officials at the Minot Police Department in North Dakota, told Newsday that Clark was arrested in June 2017, for making a false report to 911, about shootings in his area. He was charged with harassment and sentenced to five months and 26 days imprisonment but only spent one day in jail and was released on probation. Once he recovers, Clark will be transferred to the Marion Correctional Institution. Up to yesterday, there was no word on funeral arrangements for Alleyne.