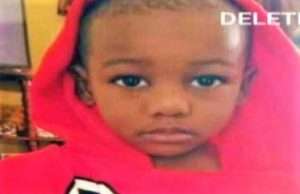 trinidadexpress.com- After being pulled from a river more than three weeks ago, five-year-old Armani McIntyre died at hospital on Sunday without regaining consciousness.

Little Armani had been warded in the Intensive Care Unit of the Sangre Grande Area Hospital.

Police were told that on August 24, his mother, Melissa McIntyre, gave relatives permission to take him on a day trip to Trini River Lime at Matura.

While swimming in one of the pools around 1 p.m. he floundered.

Two young boys rescued the child and brought him to land.

Armani was taken to hospital, and warded in critical condition.

The child’s eyes had swollen, had complications with his liver and doctors had declared the child brain dead, police said.

Matura police interviewed relatives who were with the child at the outing.

An autopsy is expected to be done on Tuesday at the Forensic Science Centre.

Melissa McIntyre is a member of the Trinidad and Tobago Defence Force.