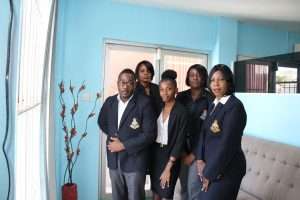 Today Wednesday 18 September, 2019, marks one year since the official launch of the Special Victims Unit (SVU) of the Royal Grenada Police Force.

The SVU which is a sub-unit of the criminal Investigations Department(CID) is responsible for the following:

To enhance the holistic services provided to victims of Child Abuse, Domestic and Sexual Violence.

To create greater synergy among stakeholders working in the interest of special victims.

To increase public awareness on issues related to special victims.

In 2018, eighty- three (83) incidents were reported to the Unit of which 58 or 70% were sexual violence. Among these cases 49 or 84% of all sexual related matters affecting victims under the age of sixteen (16) (including two male victims); additionally, 10% between 16 and 18 and the remaining 6% over the age of eighteen.

Resulting from these incidents a total of twenty-three (23) arrests were made for the period.