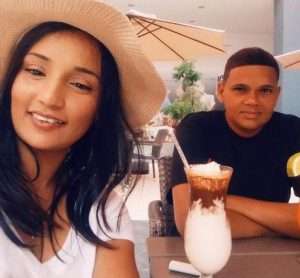 trinidadexpress.com- A WOMAN who allegedly stabbed her boyfriend and cut him on the throat on Valentine’s Day, was arrested at the police station for breaching a condition of her bail.

Shazana Hosein, 30 of Princes Town, had failed to report to the Princes Town police station, as ordered by the court when she was placed on bail on the charge of wounding Sharma Ramcharitar with intent to murder him while at the Quinam Beach Facility on February 14 of this year.

On Tuesday, Hosein faced magistrate Indira Misir-Gosine concerning the breach. She pleaded guilty to the offence of failing to comply with a condition of her bail, namely to report to the Princes Town police station every alternative Monday.

Hosein was due to go to the station on August 26 but failed to show up. She was taken into custody when she went last week Friday.

Defence attorney Petronilla Basdeo said her client misplaced the book which she was using as a record of her attendance. When it was subsequently found, she went to the police station.

Basdeo said that Hosein meant no disregard to the condition that was imposed by the magistrate. She also said Hosein had no previous or pending matters and lived with her mother.

Hosein will reappear before the Siparia court on the wounding with intent to murder charge on October 3.

She was charged by constable Titus after Ramcharitar, 37 of Rio Claro, was found by police officers with several stab wounds and a cut to his throat while on the ground at the beach facility. He alleged he was attacked after sharing a meal with a woman.

Facebook
Twitter
Pinterest
WhatsApp
Previous articleBajan Woman Still Teaching At School At Age 90
Next articleResearchers Reveal That Daytime Naps Once Or Twice A Week May Be Linked To A Healthy Heart,