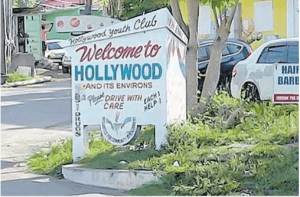 jamaicaobserver.com-A six-month-old girl was shot and killed and two teenagers shot and injured by heavily armed gunmen who went berserk in the gritty Norwood community of St James Saturday night.

The deceased has been identified as Tira Thompson of Hollywood, Hendon Norwood, in the violence-torn western parish.

Reports are that about 8:20 pm, patrons were at a Wi-Fi bar in Hollywood, Hendon Norwood, when men armed with rifles and handguns, alighted from a motor car. They opened fire, sending patrons scrambling for cover. Before leaving the scene, the shooters reportedly fired gunshots which went through the window of a nearby house and hit the toddler who was asleep in bed.

After the shooting, two teenaged boys aged, 16 and 14 were also discovered suffering from gunshot wounds.

The three were taken to hospital where the infant was pronounced dead and the teenagers admitted. Their conditions are not immediately known.

Traumatised members of the community were tight-lipped when the Jamaica Observer team visited the area yesterday.

One resident, however, argued that the incident would not have occurred if members of the Jamaica Defence Force were still located in the area.

“We want back the soldiers in the community,” a male resident said on terms of anonymity.

Another expressed fear for the children in the surrounding communities.

“When our children go out we have to be fretting if they will return safe,” the community member bemoaned.

Soldiers were noticed patrolling the area.