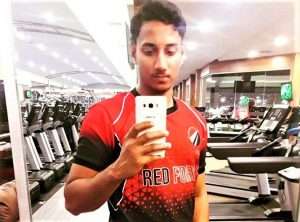 trinidadexpress.com- A GYM instructor appeared in court charged with sexual offences against a teenager.

Seepersad, 25, of Debe, faced charges of rape, buggery, grievous sexual assault and indecent assault against an 18-year-old. The offen­ces allegedly occurred in Penal on February 24.

Charges were laid by PC Mohammed of the Penal CID.

Seepersad appeared before the Siparia court on Monday, represented by attorney Wayne Raj­bansie.

Police prosecutor Starr Jacob made no objection to bail as Seepersad did not have a criminal record, but asked that conditions be imposed.

Magistrate Wendy Doug­deen-Bally placed him on bail, with the condition he have no direct or indirect contact with the alleged victim.

The matter was adjourned to September 30.