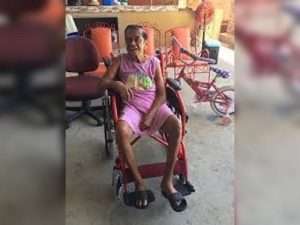 trinidadexpress.com-A TEENAGER appeared before a Chaguanas magistrate on Friday charged with murdering his grandmother.

Devanand Bahadur, 18, of Pierre Road, Charlieville, Chaguanas, appeared before Chaguanas Magistrate Wendy Dougdeen-Bally charged with the murder of Polly Bahadur, which occurred on August 25. The accused was arrested on the same day.

Investigations were supervised by Insp Allistar Jones with assistance from Sgt Stephen-James and PC Siewdath, while PC Latchman laid the charge. All officers are attached to the Homicide Bureau of Investigations Region 3.

Bahadur is expected to re-appear in court on September 27.