Caribbean Urged To ‘Break-Up’ With Single Use Plastics 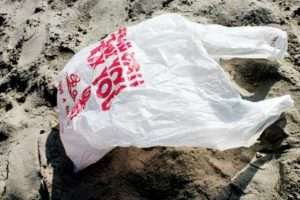 “In the Caribbean, plastic waste makes up a large proportion of debris reaching the sea from sources on land. In the ocean it harms marine life, threatens ecosystems, health and the region’s tourism-based economy. Plastic pollution not only diminishes the natural beauty for which the islands are known; it also compromises the role of the ocean as a provider of food, other resources, and livelihoods,” GEF IWEco said.

It noted that a report on the Status of Styrofoam and Plastic Bag Bans in the Wider Caribbean published by the UNEP Caribbean Environment Programme in May this year, noted that the Caribbean is the second most plastic-contaminated sea in the world after the Mediterranean Sea. Estimations of the volume of plastic waste in this area range from 600 to 1,414 plastic items per square kilometre (km) in different locations.

Two years ago, the United Nations Environment Programme (UN Environment) launched the #CleanSeas Campaign to engage governments, the public, civil society, and the private sector in the fight against marine plastic litter.

It aimed to address the root-cause of marine litter by targeting the production and consumption of non-recoverable and single-use plastic by engaging citizens to address the problem in their daily lives. More than anything else, #CleanSeas aims to highlight the scale of the problem.

By April 2019, nine countries in the wider Caribbean region, including Antigua and Barbuda, Barbados, Colombia, Costa Rica, Grenada, Panama, the Dominican Republic, St Lucia, and Trinidad and Tobago, joined 60 other nations in the #CleanSeas Campaign.

Several of these countries are participating in the IWEco Project which is partially executed by UN Environment’s Caribbean Environment Programme (CEP), Secretariat to the Cartagena Convention, the only legally binding environmental agreement in the Region.

In 2018, it prepared a technical research brief on the implementation of Styrofoam and Single Use Plastic Bag bans in the Caribbean, and, introduced an interactive map to help in the tracking of progress. These products are being used to raise awareness, throughout the region, on progress made to reduce marine pollution from trash.