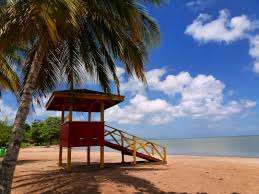 looptt.com- An autopsy has been ordered to confirm what caused the death of a lifeguard who fell dead while on duty at Vessigny Beach.

The deceased was identified as Jonathan Kowlessar.

Police were told that around 1.30 pm on Wednesday, while on duty at  Vessignny Beach, La Brea, Kowlessar complained of feeling unwell.

The paramedics were notified and he was rushed to the Point Fortin District Hospital.

However, he died later that afternoon.

Kowlessar, LoopTT was told, had more than 20 years of experience as a lifeguard, and was “one of the most friendly, and professional individuals” in the service.