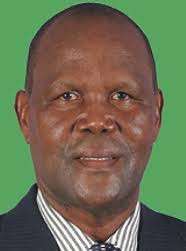 Mr. Bedeau died Friday after battling illness for some time.

Dr. Mitchell said, “I was saddened to learn of the passing of Former Commissioner, Bedeau. He dedicated a significant period of his professional life to policing and ensuring safety and security in this country. It is a very sad time as we mourn the passing of a man who has given such selfless service, but we must thank God for his contribution. I know he would have left Grenada a better place than he met it. I pray that he rests in eternal peace.”