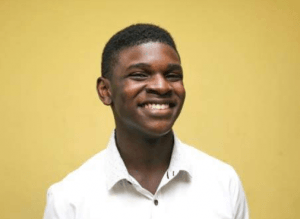 jamaicaobserver.com- If his parents were alive to see him achieve perfect scores in his 10 CSEC subjects, Nathan Walker imagines that his father would pretend to be unimpressed, but secretly brag about his grades, while his mother would have disturbed the entire neighbourhood screaming and crying tears of joy.

But the 16-year-old Campion College student can only imagine what their reactions would have been, as they both passed away shortly before he sat his exams — his mother died in 2018, just before he sat CSEC mathematics in fourth form, and then his father passed this year May, just as he was preparing to sit the bulk of his subjects.

“With two parents gone I just felt more alone than ever,” Nathan told the Jamaica Observer, where he writes for the teenAGE Observer online publication. “The loss of both parents then made my life even more difficult as I had to stay with my aunt and uncle. There were also funeral preparations happening smack in the middle of my CSEC exams and there were times when I couldn’t get to study for some subjects.”

After his mother Sharonette Walker succumbed to complications from asthma last year, Walker was so devastated that he stopped attending his maths classes for a month.

“It also became increasingly difficult to focus on doing anything, and I did not have the drive to do anything,” he confessed.

But Walker still managed to not only do well in CSEC math that year, but topped his group in Campion’s internal examinations.

He could not anticipate that just over a year later he would be grieving the sudden death of his father, too, who was his tower of strength in his mother’s absence. As the only child for his parents, Walker had to stay with his aunt and uncle, as he prepared simultaneously for his dad’s funeral and his most difficult exams.

“I am not entirely sure when or what, but something just clicked in my head. I knew my parents always dreamed of celebrating with me getting all ones. Even though they aren’t here anymore physically, I decided that I would do everything in my power to let their dream come to fruition,” Walker rationalised.

In reflection, the teen is grateful that he had a village around him for support.

“Both my maternal and paternal relatives were extremely helpful,” he said gratefully. “My school friends were really supportive as well. I was a bit disorganised the morning of every exam, however, a lot of them helped in making sure I had everything I needed to sit my exams.”

Walker also had the support of his fellow performers in the Father Ho Lung & Friends group, of which he has been a member for five years, as well as his friends from his clubs at school, namely Angels of Love, Modern Language Club, Student’s Voice (the school journalism club), as well as the Gavel Club.

Walker consciously decided that he needed to do well in his exams not just to honour his parents’ memory, but also to position himself to achieve his own aspirations.

“I want to be a very instrumental person in helping revolutionise the change for the better in our nation as well as overseas,” said Walker, who wants to pursue a career in international relations.

“In order for me to do that, I find it imperative that I use my education to get me in rooms with the smartest of minds who are helping to make policies that benefit the lives of every single person in the world.”

As such, Walker was honoured with a citizenship award at his school for every year that he has been there. He is also versed in both French and Spanish, and enjoys speaking with natives of these languages.

“I also love singing and dancing, even though I have two left feet,” he chuckled. “I play the clarinet, and I enjoy reading the most random set of books in my free time as well as writing stories for teenAGE.”

Walker, who will be moving on to his school’s sixth form next week, when he will also turn 17, plans to try even harder in his CAPE exams.

“I want to see my name on the merit list of top performers in the Caribbean,” he declared boldly.

“Years down the line I hope to be an ambassador for my country while also being extremely instrumental in policymaking, especially policies to help children that are abandoned, homeless and suffering any form of abuse.”

Facebook
Twitter
Pinterest
WhatsApp
Previous articleGuyana: Mother Of 3 Killed By Reputed Husband
Next articleNAWASA’s Update On Water Systems Due To The Passage Of Tropical Storm Dorian