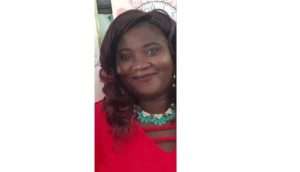 newsroom.gy- Police are on the hunt for a man who stabbed the mother of his three children to death in the wee hours of Sunday.

Police Headquarters revealed that 27-year-old Shamaine Frank was at her Victoria Village, East Coast Demerara home when the suspect gained entry to the house at around 03:00hrs by removing three louvre panes from a window.

Initial investigations revealed that the victim’s brother saw the suspect in their yard and requested that he leave immediately, however sometime later the brother heard his sister screaming and rushed to her aid.

He discovered his sister with a stab wound to her left side breast.

Frank was rushed to the Georgetown Public Hospital Corporation, where she was pronounced dead on arrival.