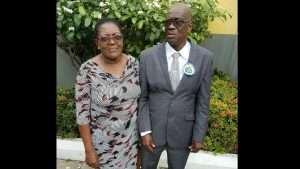 loopjamaica.com – The police have charged 62 year-old retired police inspector Paddon Manning with the stabbing death of his 65-year-old wife.

“Mr Manning was charged on Tuesday by the Portmore C.I.B and the documents are being prepared for him to go to court sometime between this weekend to Tuesday of next week,” a representative from the Constabulary Communication Unit, the information arm of the Jamaica Constabulary Force, told Loop News reporter Claude Mills.

Pamela Manning was fatally stabbed, allegedly by her husband, during a dispute between the couple last Saturday in the Cumberland community in Portmore, St Catherine.

Paddon Manning had been arrested earlier this week while the Portmore C.I.B investigated the incident. The retired police inspector and his wife shared a Potterdale Avenue, Cumberland address.