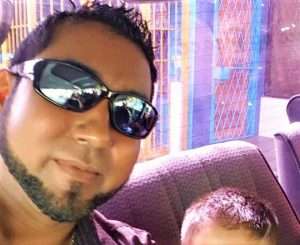 trinidadexpress.com- Law clerk Kristian Sirjusingh came home from work on Monday and visited a nearby bar to meet with his father, Ramesh who was celebrating his 66th birthday.

While father and son were there, three criminals came in and robbed the place.

Sirjusingh, 29, and a friend were shot. Sirjusingh died on floor of the bar.

The owner of the bar was able to lock himself into a kitchen.

A waitress fled during the robbery.

It happened at Falcon Crest Bar at Bonne Aventure Road, Gasparillo at around 8.30p.m.

And the owner of the business, who opened only two weeks ago, says he plans to close down and never open another business again in Trinidad and Tobago.

Sirjusingh worked for an attorney in Chaguanas, and was the unmarried father of one.

He lived two houses away from where he was killed.