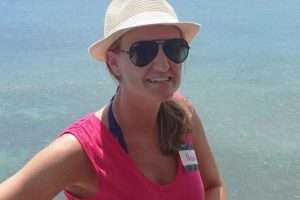 NEW YORK POST — A Kentucky widow died on what was supposed to be a “healing vacation” to Hawaii after her husband’s death, according to reports.

Jamie “Nicole” Redmond Baker, 37, of Louisville fell from a cliff Thursday while visiting the popular hiking destination known as “Chutes and Ladders” on the island of Maui, said Hawaii News Now and the Lexington Herald-Leader.

The mom, who had been climbing along the shoreline, plunged about 75 feet to her death around 11:30 a.m.

She was airlifted to an area along a nearby highway where emergency crews attempted CPR, but she was pronounced dead at the scene, officials said.

Baker leaves behind a 3-year-old daughter, whom she often traveled with to Hawaii after her husband died in 2017, according to the Lexington Herald-Leader.

“This was a healing vacation for her and her small child. RIP Nicole,” her friend Jessica Lynn wrote on Facebook, according to the news outlet.