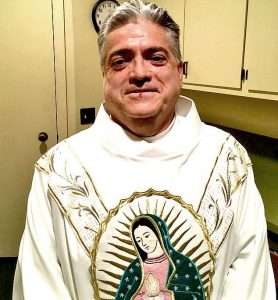 LOS ANGELES, United States (AFP) – Emergency workers responding to a car crash in a California town last month found a priest with a fractured hip and, much to their surprise, bags of cash he allegedly stole from the local church

The Diocese of Santa Rosa, north of San Francisco, said in a statement on Monday that $18,000 in church collections were found in Father Oscar Diaz’s car at the time of the accident on June 17.

It added that further investigation revealed “a prolonged history of theft”, with more than $95,000 stolen from parishes where the 56-year-old Diaz had served over the past 15 years.

“I am deeply grieved that this has happened and am deeply saddened that the parishes he was sent to serve have been harmed,” Bishop Robert Vasa said in a statement.

Vasa said that Diaz, who has been a priest for 25 years, told the emergency responders at the time of the crash that the bags of cash were his salary.

But a hospital employee uncomfortable with the amount of money Diaz brought into the emergency room contacted police, who alerted the diocese.

Vasa said a search of Diaz’s office and the rectory where he lived uncovered a large number of collection bags containing cash. A further probe revealed that Diaz had also deposited a number of cheques made out to parishes into his personal bank account.

Vasa said Diaz had admitted to stealing church collection bags for some time.

“Father Oscar is presently suspended from priestly ministry,” he said. “There are no plans at this time for ministry in the church and his future is uncertain.”

He said the diocese was not planning to pursue criminal prosecution at this time, in part because of the cost involved.