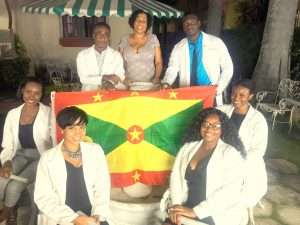 The official ceremony was held at the Karl Marx Theatre in Miramar, Havana , attended by the President, Diaz Canel, Ministers for Health and Higher Education, Officials from the various universities, the Diplomatic Corps and American  Actor Danny Glover.

At the celebratory dinner following the ceremony, H.E. Ambassador Claris Charles exhorted them to be exemplary doctors, compassionate, patriotic and grateful to Cuba for affording them to opportunity to achieve their goals and secure a better future for themselves, their families and Grenada.

The students who graduated after seven years in Cuba were:

The Embassy of Grenada in Cuba wishes them the best in their career and in their personal lives. They have represented Grenada with dignity, they have performed well academically and they are what Grenada needs in their future sons and daughters.