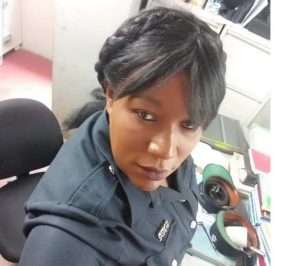 trinidadexpress.com- CONDOLENCES are pouring in on social media for a 35 year old woman police constable who died on Sunday.

WPC Rea Rogers, 35, is suspected to have suffered a heart attack while at church in Valencia.

Rogers died while being treated at the Sangre Grande Area hospital.

Rogers, of Toco, was a mother of three.

She entered the Trinidad and Tobago Police Service four years ago and had been posted at Mathura a year ago.

The Express was told that she had been on intermittent sick leave since the beginning of July.

One of her colleagues described her as “a generous and considerate person, who was full of laughter”.