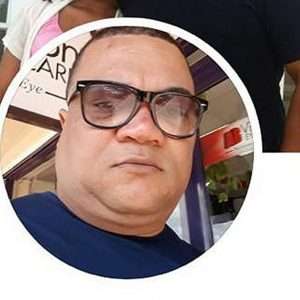 JAMAICA GLEANER- A Jamaican man has been sentenced to more than two decades in prison in the United States for running an international alien-smuggling organisation out of Freeport, Bahamas.

Court records show that 44-year-old Michael Stapleton was extradited to the United States last year and sentenced to 21 years and 10 months last Thursday.

A federal jury in South Florida found him guilty of 47 counts related to a people — smuggling scheme.

According to a release from the US Department of Justice, the trial evidence showed that, for several years Stapleton coordinated the smuggling of aliens to the United States through Freeport, from around he world.

He arranged for them to be hidden in stash houses, hired smuggling captains, and arranged for boats to make crossing from the Bahamas to the United States, the release said. Testimony at trial showed he also used the vulnerability of the aliens to exploit them by demanding more money from them after they were in his power, keeping them in deplorable conditions, mistreating them, and sending them out in unsafe boats, the release continued.

In one smuggling venture, the release said, the aliens were pushed overboard in rough seas far from the beach, despite some of them not being able to swim.

“The US Attorney’s Office and our law enforcement partners are committed to the vigorous prosecution of those individuals who engage in the dangerous and illicit practice of alien smuggling. Today’s (last Thursday’s) sentencing shows those who plan and commit these crimes while abroad will not have impunity from federal prosecution in the United States, but will instead face more than 20 years in prison,” US Attorney Ariana Fajardo Orshan is quoted as saying in the release.

“These smuggling organisations place no value on human life and are constantly putting people’s lives at risks. Stapleton’s actions clearly proved that,” said Anthony Salisbury, special agent in charge of HSI Miami. “Our goal is to identify, disrupt and dismantle the type of organisation that Stapleton headed, and we are committed to do everything within our powers to put these individuals behind bars.”

The court found that Stapleton was the leader/organiser of the smuggling venture that involved between 20-99 victims, that he created a risk of substantial bodily harm, sexually assaulted two women, and possessed a firearm, the release said.

In addition to the term of incarceration, Stapleton was ordered to serve two years of supervised release and pay a special assessment of US$4,700.