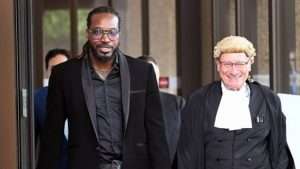 sportsmax.tv- An Australia court has thrown out an appeal by media group Fairfax, which would have annulled damages owed to Windies star Chris Gayle who won a defamation suit against the entity last year.

Gayle took the publishers to court after allegations that he exposed himself to a female masseuse during the 2015 World Cup came out in several of its publications.  More specifically, it was alleged that the batsman exposed his penis and indecently propositioned the woman in a dressing room during the tournament.

The jury sided with the player, who strongly denied the allegations, in finding that the publishers acted with malice and accorded the cricketer damages amounting to US$211,000.  In its appeal, however, Fairfax argued that the jury should have been discharged after Gayle’s attorney attacked the credibility of the masseuse.  In response, the player’s legal team had appealed to increase the size of the payout to the West Indian star. Both appeals were dismissed.