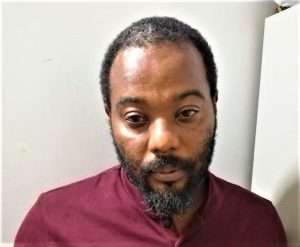 trinidadexpress.com- A Laventille man is expected to appear before a Port of Spain Magistrate today, charged with cruelty to a then four-year-old child.

Kerry Wilson, 41, was charged last Friday, after being arrested by officers of the Child Protection Unit-Port of Spain Division.

According to police, an infant girl was allegedly dealt blows about her body with a hand. The victim was also allegedly hit with a belt and belt buckle, which resulted in her sustaining a broken leg and a black and blue eye.

A report was made about the incident on December 4, 2016, and a warrant subsequently issued for his arrest.

Investigations were spearheaded by Supt. (Ag.) Chandool and ASP (Ag.) Claire Guy-Alleyne of CPU-POS, while Wilson was charged by WPC Makeda Edwards, also of CPU-POS.