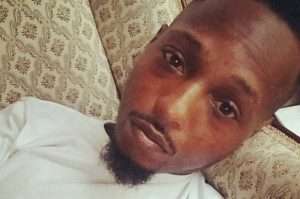 NEW YORK POST- The death of a Georgia man has been confirmed by the US State Department, making him the 11th American tourist to mysteriously die in the Dominican Republic over the past year.

Tracy Jerome Jester Jr., 31, of Forsyth, died on March 17 — as a result of “respiratory issues,” according to his death certificate — after a day of sightseeing in the Caribbean country, his mom, Melody Moore, told ABC News on Sunday. He’d been staying at a resort with his sister, though it was not immediately clear which one.

“We can confirm the death of a U.S. citizen in the Dominican Republic in March 2019,” a State Department spokesperson told the network in a statement. “We offer our sincerest condolences to the family for their loss. Out of respect for the family during this difficult time, we do not have additional information to provide.”

No immediate evidence has linked Jester’s death to any of the other recent tourist fatalities in the country — and the State Department told ABC that there is no “uptick” in American deaths there, despite the increased media attention.

Moore told local outlet WSB-TV 2 last week that she spoke with her son during his time away, and he seemed fine. But he did say he drank a soda that didn’t taste right, she recalled.

Early the next day, Jester’s sister frantically called Moore to say that her brother was struggling to breathe.

His distraught sister quickly dialed 911, but to no avail.

Jester’s body was returned home on April 4, his mom told ABC. She knew nothing of the circumstances surrounding her son’s death, besides what was written on his death certificate, she said. She confirmed her son had lupus.

The family never ordered a toxicology report because Jester died before the spate of widely reported deaths in the country, Moore told the outlet.

“I would like to know the truth,” she said.

Moore said she reached out to the FBI but has yet to meet with anyone from the agency.

Guyana: Teen Dies By Suicide After Thinking He Killed His Brother