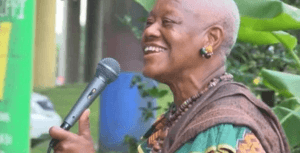 The 75-year-old founder of an African American history museum in Louisiana was found dead in the trunk of a car in what police are calling a “heinous act.”

The body of Sadie Roberts-Joseph — also a community activist who teamed up with police on an anti-drug and -violence program — was discovered Friday afternoon in the vehicle about 3 miles from her home, police said.

“Ms. Sadie was a tireless advocate of peace,” the Baton Rouge Police Department said in a statement. “Our detectives are working diligently to bring the person or persons responsible for this heinous act to justice.”

One of Roberts-Joseph’s 11 siblings, Beatrice Johnson, told The Advocate that her sister came over earlier Friday to bake some cornbread after her oven gave out.

“The bread is still there,” Johnson said. “She never came back to get it.”

According to The Advocate, Roberts-Joseph founded the Baton Rouge African American Museum in 2001 and was its curator.

She also organized an annual Juneteenth festival at the museum, marking the date June 19, 1865, when announcement of the abolition of slavery in the US state of Texas was made.

“My heart is empty … as I learned last night that Ms. Sadie Roberts Joseph was found murdered!” Marcelle said in a statement posted on Facebook. “She never bothered anyone, just wanted to expand her African American Museum downtown… loved working with her and am saddened by her death…. whoever knows what happened to her, please contact the authorities and say something.”

Police said an autopsy will be conducted to determine the exact cause of death.