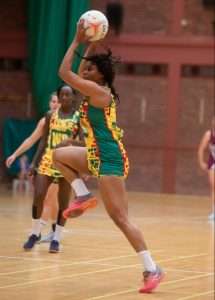 Wales won a third successive summer Test with a dominant display against Grenada, backing up victories over Malawi and Trinidad & Tobago.

Wales led 17-14 after the first quarter and had increased their advantage to 36-27 at half-time.

Julie Hoornweg’s side stormed into an 18-point lead in the third quarter and there was no way back for Grenada.

Lydia Hitchings and Catrin Bowen made their debuts, while Suzy Drane impressed while winning her 100th cap.

Drane, 32 – a lecturer and coach at Cardiff Metropolitan University – made her senior international debut against Jamaica in June 2005 in Cardiff

Wales failed to qualify for the 2019 World Cup, the first time they have failed to reach the tournament.

Their six-game summer Test series ends with another encounter against Grenada at the Sport Wales national centre on Wednesday, 10 July.