Mikey Live
HomeInstagram's Anti-Bullying AI Asks Users: 'Are You Sure You Want To Post...
Featured

Instagram’s Anti-Bullying AI Asks Users: ‘Are You Sure You Want To Post This?’ 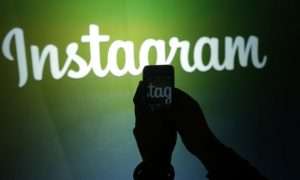 theguardian.com- Instagram is inviting users to think again before posting unkind comments with a new tool designed to curb bullying on the social media platform.

The company is rolling out a new feature that uses AI to identify negative comments before they are published and asks “are you sure you want to post this?” before it is shared on another person’s post.

It does not stop people from making negative comments, but it gives them the opportunity to “undo” the message before it is posted.

The initiative comes after Instagram has come under fire for not doing enough to tackle online bullying.

According to research by Pew Research Center, 59% of American teenagers have been bullied or harassed online. In the UK, the anti-bullying charity Ditch The Label found that 42% of British 12- to 20-year-olds had been cyberbullied on Instagram in its 2017 bullying survey. Earlier this year, an Ofcom reportalso warned that online bullying is on the rise.

Announcing its launch on Monday, Instagram said it had already had success with the new feature – which they said during early tests they have found “it encourages some people to undo their comment and share something less hurtful once they have had a chance to reflect”.

English-speaking Instagram users will have the new tool first, but the company plans to make it available to users globally in the future, reported the BBC.

Instagram also said it soon plans to start testing another anti-bullying feature called Restrict that will allow people to control the comments they see on their profile.

By “restricting” a person, users will be able to control who sees their comments without them knowing and they will not be able to see when they are active on Instagram or when they have read their direct messages.

The company said young people are often “reluctant to block, unfollow, or report” bullies for fear of escalating the incident.

Adam Mosseri, head of Instagram, admitted the company “can do more” to help stop bullying on the platform in a blogpost explaining the new features.

He wrote: “We know bullying is a challenge many face, particularly young people. We are committed to leading the industry in the fight against online bullying, and we are rethinking the whole experience of Instagram to meet that commitment.