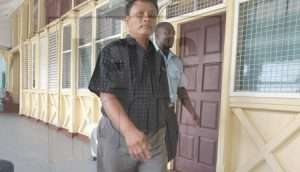 newsroom.gy- Leon Albert was on Tuesday afternoon found guilty by a 12-member jury of raping a six-year-old boy on June 9, 2012.

The Judge granted McKay’s application for a probation report to be prepared in favour of his client.

Albert was remanded and will be sentenced on September 5, 2019.

In a victim impact statement, which was read in the High Court by social worker Simon Gaskin, the victim said: “I feel betrayed and sad.”

According to the report, the victim explained that he is angry with himself for allowing Albert to do what he did.