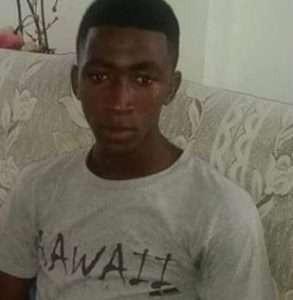 newsroom.gy- A seventeen-year-old boy of New Providence, East Bank Demerara is in Police custody after he allegedly stabbed his friend to death during a quarrel over $500 at around 11:00hrs Sunday.

Initial Police investigation revealed that Squires and the suspect were gambling cards when an issue arose over $500; as a result, Squires allegedly pulled off the suspect’s necklace.

The suspect, in retaliation, stabbed Squires twice to the left side chest with a knife.

Squires was rushed to the Diamond Diagnostic Center where he was pronounced dead on arrival.