Infant Found Dead In Back Of School Bus 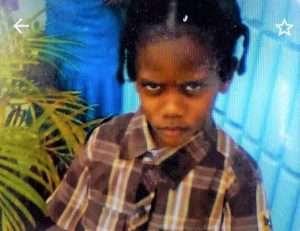 trinidadexpress.com-Police are investigating the death of a three-year-old boy found in a private school bus on Thursday.

Police reports stated that the female bus driver picked up little Isaiah Hazel at his Trotman Road, Couva, home to take him to an Early Childhood Centre in California.

Police believe the child feel asleep in the back seat and the driver did not notice him. She returned home and parked the vehicle.

Several hours later, police said, the woman returned to get bus and drove to the school. She still did not notice the little boy in the back of the vehicle.

Isaiah was discovered by his friends who returned to the bus to go home that afternoon.

Police said he was lying motionless on the floor of the bus and attempts were immediately made to revive him.

It is believed he suffocated.

Isaiah was taken to the Couva District Hospital where he was pronounced dead.

An autopsy would be performed on Friday.

In May 2014, police charged a 56-year-old grandfather with manslaughter in the death of a 17-month-old baby, who died in the back seat of his car after the man forget to drop off the toddler at the home of a relative before going to work.

Deputy Director of Public Prosecutions (South) Joan Honore-Paul has given instructions to charge Jerricho Cudjoe with the indictable offence.

The grandfather is accused of causing the unlawful death of Jaedon who was locked in the back seat of the car for more than eight hours while the grandfather was at work. He was due to have dropped off the child at the home of a relative, the regular babysitter.

An autopsy later revealed that the child died from hyperthermia due to the extreme heat. Tuesday’s temperature reached 34 degrees Celsius.

In 2017, Cudjoe was committed to stand trial in the High Court. The case is pending. Cudjoe is free on bail.