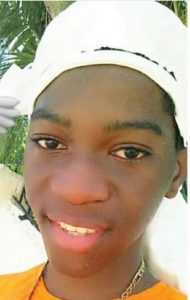 loopnewsbarbados.com- A teen has died after falling 100 feet into a well at the Pine.

Fire Officer Jeroan Goddard brought 17-year-old Kyrique Boyce out of the well and handed him over to the paramedics, who rushed him to hospital in the awaiting ambulance.

But heartbreakingly, their best efforts were not enough to save the teen.

Boyce succumbed to his injuries and was pronounced dead at the Queen Elizabeth Hospital.

The reporting fire officer told Loop News that the well-retrieval exercise took “just over an hour or so. We sent in an officer.” Fire Officer Goddard went in and he handed over Boyce to the ambulance personnel.

Police spokesperson Acting Inspector Rodney Inniss told the media at 3:04 pm that Boyce did not make it. He is late of #13 Regent Hill, the Pine, St. Michael.

According to the police reports, Boyce was reportedly walking across the top of a well situated at the rear of a residence at #16 Martin’s Road.

Police revealed: “The top of the well collapsed and the victim fell into the well which is approximately 100 feet deep.

“The alarm was immediately raised by a friend and the emergency services were summoned. Personnel from District ‘A’ Police Station arrived at the scene within minutes of receiving the report.”

At the Matin’s Road, The Pine location were three appliances in total from Bridgetown, Worthing and Arch Hall Fore Stations.