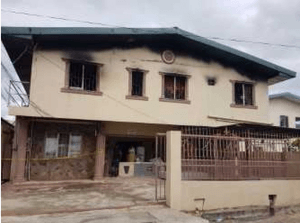 PORT OF SPAIN, Trinidad (CMC) — A fire at an apartment complex in the town of Curepe, to the east of here, has left 14 people, including a Jamaican and three Cubans homeless.

The Trinidad Guardian reports that investigations are still being carried out to determine the cause of the blaze that started shortly after 4:00 pm (local time) on Monday .

Own­ers of the build­ing, Farhad and Tara Mo­hammed, told the Guardian Me­dia the fire reignited two times and accused fire officials of not doing a proper job in extinguishing the flames. ­