Guyana: Man Gets 62 Years In Jail For Three Rapes Including 7-Year-Old 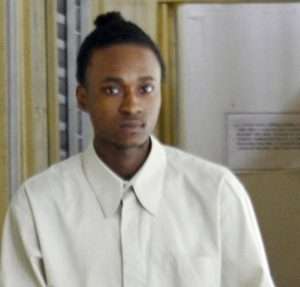 GEORGETOWN, Guyana (CMC) – Two weeks after he pleaded guilty to raping three people, including a seven-year-old child, Leon Jordan was yesterday sentenced to 62 years in jail for the offences.

Justice Brassington Reynolds imposed the sentence on Jordan, who, between June 2012 and October 2016, raped the seven-year-old, a 14-year-old, as well as a 28-year-old woman.

The court was told that in all three cases the accused used violence before attacking his victims. In two of the cases he used an ice pick to threaten the victims, while in the third case he used a knife.

In statements to the court, through a probation officer, the victims all spoke about the trauma that they had been left to face for the rest of their lives.

Justice Reynolds said he could not understand how the young man, who appeared quiet, could have such a different side to him.

Jordan showed no emotion as the sentence was imposed on him.