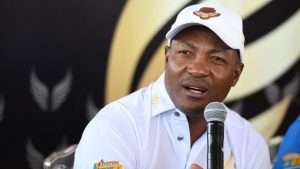 newsday.co.tt- WEST Indies batting legend Brian Lara has been admitted to hospital in India after suffering from chest pain.

Lara, who had week long celebrations in Trinidad for his 50th birthday in May, was taken to the Global Hospital in Parel, Mumbai, after complaining of pain in the chest, today.

The severity of Lara’s situation is unclear, but according to India Today Lara is expected to be discharged from the hospital soon. Lara is in India working for Star Sports during the ICC Cricket World Cup, which is being held in England and Wales.