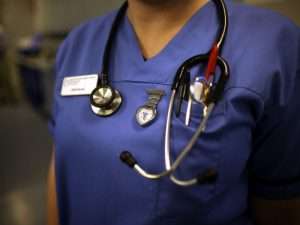 stluciatimes.com- The Permanent Secretary in the Ministry of Health, Felix St Hill, has disclosed that up to two nurses on average are quitting Saint Lucia’s health service every week.

And he says it is affecting primary and secondary health care.

He explained that like other Caribbean countries and small developing countries, Saint Lucia is facing a problem of the migration of nurses.

“But I think the good thing about Saint Lucia is that we have a number of nurses who are unemployed,” St Hill stated.

He recalled that some time ago in excess of 175 Saint Lucia nurses were trained in Cuba.

“These nurses, while quite a bit of them have been employed, there is still a large number that has been unemployed,” St Hill told St Lucia Times.

“So what we do is as soon as we get the issue of the resignation of  the nurses, we send recommendations to the public service commission for replacement of those nurses almost seamlessly.”

“As soon as I get resignations from two nurses and we send that to the public service commission to say that these nurses have resigned and we need to replace them, then we get a resignation from another two,” he noted.

According to St Hill, this is not only affecting the secondary care unit at Victoria Hospital, but also the primary care unit where there are 33 wellness centres located throughout the Island.

The P.S explained that local nurses, including experienced ones, are opting to take up employment in the developed countries rather than stay at home.

St Hill said the conditions of service and the salaries offered must be more attractive in order to lure them.

But he pointed out that the problem is not limited to the labour market for nurses.

“This is probably affecting all kinds of professions within the Caribbean,” the senior Health Ministry official asserted.