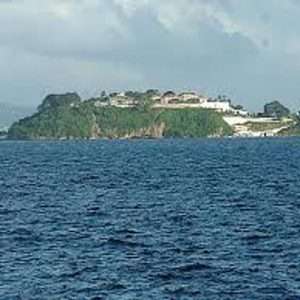 trinidadexpress.com- Western Division police are investigating a report in which a 25-year-old prison officer was threatened.

Police were told that the prison officer, who is attached to the Carrera Island Prison, was walking near the entrance of the compound – in the vicinity of the Superintendent’s Office – when he was approached by a prisoner known to him.

The prisoner demanded money, however, the officer refused.

The prisoner then threatened to “deal with him on the outside” and walked away.

This incident took place at about 9.20a.m. on June 13, but it was only recently reported to police.