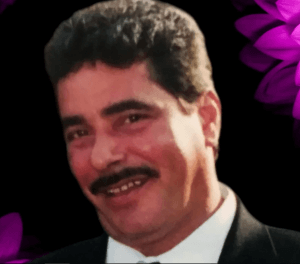 PEOPLE– A 56-year-old pizzeria owner from Glen Cove, New York, died in the Dominican Republic last week, his family says, marking the latest in a series of mysterious deaths of American tourists in the country.

Vittorio Caruso’s relatives told News 12 Long Island that he died on June 17. According to his sister-in-law, Lisa Maria Caruso, they received a phone call saying that Vittorio was sick before, minutes later, receiving another call informing them that he had died.

The U.S. State Department confirmed Caruso’s death to Fox News on Friday. According to the outlet, Caruso died at the Boca Chica Resort in Santo Domingo.

A spokesperson for the U.S. State Department confirmed to PEOPLE that a U.S. citizen had died in June in the Dominican Republic.

Lisa Maria told Fox News that Caruso had gone into “respiratory distress after drinking something.”

Older brother Frank Caruso told the New York Post that Vittorio was “very healthy” when he left for vacation.

The family expects to receive the autopsy results on Monday, News 12 reported.

According to the U.S. State Department, at least nine American tourists have died since the summer of 2018 after falling ill in the country — and dozens more have gotten sick.

The FBI is investigating at least six of the deaths. Some of them died in what appeared to be bizarre — and similar — circumstances. The agencies involved are not yet releasing further details about the investigations.

According to the FBI, federal agents are on the island nation to investigate six cases: four from various Bahia Principe properties and two deaths at the Hard Rock Hotel & Casino.

The bodies of Edward Nathaniel Holmes and his fiancée Cynthia Ann Day were discovered in their hotel room at the Grand Bahia Principe La Romana resort on May 30.  Miranda Schaup-Werner, 41, collapsed on May 25 shortly after mixing a drink from the minibar in the Luxury Bahia Principe Bouganville. Pennsylvania native Yvette Monique Sport, 51, collapsed in 2018 at the Bahia Príncipe resort in Punta Cana.

Officials from the U.S. and the Dominican Republic say that despite the media scrutiny, the deaths do not represent a statistical outlier.

“Speaking generally, we have not seen an uptick in the number of US citizen deaths reported to the Department,” a statement from the U.S. State Department said. “While the overwhelming majority travel without incident, we want to assure all Americans that we continue to work actively with the Dominican authorities at the very highest levels to ensure that U.S. citizens are safe and feel safe while in the Dominican Republic.”