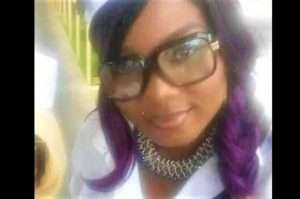 trinidadexpress.com-A mother of three has been executed at the side of the road in Santa Cruz.

The victim has been identified as Candy Ann McIntyre, 36, of Quarry road, San Juan.

She was a witness for the State in shooting dating back ten years.

McIntyre was gunned down at around 2.45pm along Santa Barbara Boulevard.

Witnesses say a white station wagon pulled up alongside her and men armed with what appeared to be rifles opened fire.

She was killed at the scene.

Police say McIntyre was leaving a primary school graduation with her 12-year-old son when she was attacked.

The boy saw her mother die.

Someone recorded a video of the boy laying on the road, hugging the bloodied body of his dead mother, looking to the sky and screaming as he stroked her back.

Someone gave him a phone to call his father.

“They just shoot mammy! Mammy on the ground!’ he screamed.