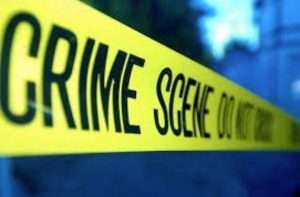 trinidadexpress.com -THREE more men have fallen victim to gun violence after they were shot and killed in two separate incidents in Belmont and Tunapuna between Saturday night and yesterday morning.

Up to press time last night, one of the victims in the Tunapuna incident had only been identified as “Yankee”.

The names of the other two have since been given as Ronarko Comayong, 22, and 53-year-old Edwin Joseph.

Comayong, of Belmont Circular Road, was shot dead shortly before 10 p.m. while walking along Reid Lane. At the time of the incident, police said Comayong walking to a gas station along the roadway when a car pulled up alongside him.

The occupants opened fire and sped off.

Residents in the area, upon realising what had happened, contacted the police who arrived at the scene shortly after and took Comayong to the Port of Spain General Hospital. However, by the time they arrived at the health institution, he was already dead.

In the other incident, police said Joseph and Yankee were killed around 8.30 a.m. yesterday near a river at Monte Grande, Tunapuna, in an area also known as “Pipers’ Paradise”.

Officers said they believed the two got into an argument with another individual, who then drew a firearm and shot them both before fleeing the scene.

The killings have now taken the country’s murder toll for the year so far to 235 as compared to 254 for the corresponding period last year.