Policeman Kills Wife By Shooting Her In Head 6 Times 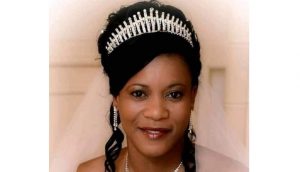 loopjamaica.com- The policeman who has been charged with murdering his wife during a dispute at their home in Tower Isle, St Mary last month, was denied bail when he appeared in the St Mary Parish Court on Thursday.

The accused, Detective Corporal Kirk Lawrence, was charged just over a week ago with murder in connection with the shooting death of 45-year-old Janet Hardie-Lawrence.

Prosecutors and attorneys from the Independent Commission of Investigations (INDECOM) objected to bail for the accused, based on the policeman’s potential flight risk.

In denying bail, the presiding judge took into account that Hardie-Lawrence was unharmed when she was shot multiple times, including six times to the head, according to a postmortem report.

The presiding judge ordered the police officer remanded, and set a mention date of Thursday, July 11.

Police reports are that on Tuesday, May 28 at about 6:30 a.m., Lawrence and his wife, who was a businesswoman, were engaged in an argument at their house in Jamaica Beach, Tower Isle.

Residents reported that they then heard loud explosions and alerted the police.

On their arrival, the accused officer, who is assigned to the Trelawny Police Division, was found by his fellow law enforcers at the main entrance to the house.

Hardie-Lawrence was found with several gunshot wounds, and was pronounced dead at hospital.

According to INDECOM, which probed the case, the police found two guns, a service pistol and a licensed firearm, which were both connected to the accused policeman, along with 12 spent shells, on the scene.

The detective corporal was reportedly questioned in the presence of his attorney, and a file subsequently sent to the Director of Public Prosecution (DPP), who ruled that he should be charged with murder.

There are have been conflicting reports surrounding the couple’s troubled marriage.

Interestingly, the detective corporal reportedly detailed his alleged troubles in a voice note to his colleagues, in which he reportedly also confessed to having killed her moments before the recording.