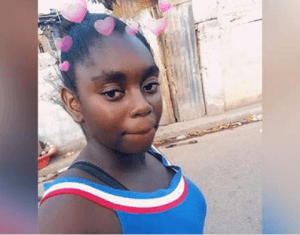 jamaicaobserver.com- A sense of despair and fear was evident as residents of Harvey Road in the Two Miles area of St Andrew reacted to the early morning murder of three young people in their community, yesterday.

Sixteen-year-old Jody Ann “Kelly” Deer; 20-year-old higgler Tajay “Raheem” Dunbar; and his 23-year-old uncle, Neville “Boy Blue” Lewis, were killed when armed men kicked their way into the house they were sleeping in and opened fire.

Another female, who was in the house, was shot multiple times and has since been admitted to hospital. She was bleeding profusely before playing dead until the gunmen left. She then ran, naked, into the road, calling for help.

“Not even panty she had on when she run out. Is somebody give her a blouse to put on. Dem people deh who come kill last night are heartless killers. But is the type of music them a listen, ’bout kick off door and kill everybody, a dem things deh them a keep in them head,” said one resident.

Still in tears hours after, Deer’s aunt, who asked that her name be withheld, told the Jamaica Observer that three innocent people had been killed.

“No war nah gwan round here, but even if war did a gwaan them shouldn’t kill the three innocent juvenile them. Dem no have no family? Dem no have no niece, nephew or pickney? The way me miss my niece right now. If something happen to fi dem niece, them would riot.

“Nobody round here nah war with dem, a dem alone a war. Yesterday (Tuesday), in the middle day them come fire shots,” charged the aunt.

he said the violence in the area was pushing persons to flee the community.

“It hot, it hurt, it mournful. Three innocent people shot dead. It no nice, it no pretty. Me feel like me would a run whey right now,” declared the aunt, minutes before members of one family were seen using a handcart to move out of their house on Harvey Road.

“Me live right on the border line so mi have fi move,” said the woman as she pointed to an area close to the neighbouring Cold Lane, where it is alleged that the men who carried out the early morning attack are from.

In tears, another resident declared that the victims were not involved in any form of wrongdoing.

“Me can only feel it for (name withheld) who lose her son and her brother at the same time. The police carry her gone down a Public (Kingston Public Hospital) to identify the bodies,” the resident added.

Head of the St Andrew South Police Division Superintendent Gary Francis told the Jamaica Observer that the Two Miles area has been relatively peaceful in recent times but it is believed this latest flare-up is gang-related.

“For the last five to six months we have had no problems in this area, but we understand that what occurred this morning (yesterday) may have been the start of some internal conflict from rival gang members,” said Francis.

“We are investigating and we want to assure the residents that the police presence will be in the community and we are seeking their assistance in solving this serious and gruesome crime,” added Francis.

SHe said his team had already conducted several operations in the hunt for the killers less than five hours after they struck.

Francis also issued a reminder to residents of Harvey Road and surrounding communities that Crime Stop offers rewards for information on gangs and guns.