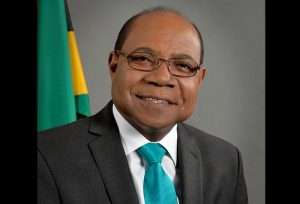 Jamaica’s Minister of Tourism the Hon. Mr. Edmund Bartlett CD, has said the contribution of companies like Sandals Resorts International (SRI) to the development of the region must never be taken for granted, and has urged greater stakeholder support for such brands.

The severe hurricane season of 2017 did impact some of the islands where Sandals has resorts, however the company carried out necessary repairs and had these facilities back up and running in record time thus ensuring minimal fallout in the affected countries such as in the Turks and Caicos Islands, where tourism is a key pillar of the economy.

Minister Bartlett pointed out that the investment made by companies like Sandals in regional development cannot be underestimated.

“The global tourism sector now faces an unprecedented degree of uncertainty and volatility that policymakers must respond to in an aggressive, consistent manner.  We have to protect our tourism market, particularly our indigenous stakeholders, who have helped to bring the world to our shores. A number of locally-operated and owned service providers have added significant value to the Caribbean economy.”

He added, “One company, in particular, Sandals Resorts International, has helped to put the Caribbean on the map and therefore it is our responsibility as a region to recognise what these indigenous brands, including strong brands like Sandals have done to build our economies. We should stand behind them and enable a greater appreciation of their significant and continued value and sustainability.”

Sandals Resorts is the number one Luxury-Included resort in the world, having been voted World’s Best 23 consecutive times at the World Travel Awards. Having won nearly every accolade in the industry over the past three decades the company is considered the region’s only SuperBrand. Sandals employs some 14,000 team members across the Caribbean and is not only a major contributor to the economies of several islands where it operates, but is also a leading foreign exchange earner and one of the highest tax payers.