US Doctor Charged With Killing 25 Patients With Overdoses 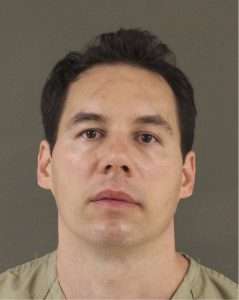 AFP- A doctor in the US state of Ohio was charged Wednesday with the murders of 25 critically-ill hospital patients for allegedly administering lethal doses of the powerful synthetic opioid fentanyl to hasten their deaths.

A grand jury indicted William Husel on 25 counts of murder for the deaths of patients under his care while he was employed by the Mount Carmel Health System hospital network in the Midwestern state’s capital Columbus.

“I’ve been a prosecutor for 22 years and I have not seen a 25-count murder indictment,” Franklin County Prosecutor Ron O’Brien told a news conference.

The indictment was the latest salvo in a case that exposed the failure of multiple healthcare safeguards, raising questions about the roles of the dozens of nurses and pharmacists who worked with Husel.

Husel’s alleged actions spanned four years and may have involved as many as 35 patients who were near death or critically ill, with most not expected to survive, authorities said.

Cold-case homicide detectives at the Columbus Police Department focused their criminal investigation on 25 patients prescribed fentanyl dosages of 500 micrograms or higher, according to the prosecutor.

“Dosage at that level could not support any legitimate medical purpose,” O’Brien said.

The allegations against Husel came to light after hospital lawyers called police to report the possible crimes. He was suspended from patient care in November 2018 and fired soon after, the hospital said.

Ed Lamb, the chief of Mount Carmel Health System, said in a statement that since Husel’s alleged actions were uncovered, the organization has implemented “meaningful changes throughout our system to ensure events like these never happen again.”

“Our thoughts and prayers continue to be with the families of patients affected by this tragedy.”

Officials were not looking to charge anyone else in connection with the deaths, but nurses and pharmacists were facing review of their actions by various governing boards.

The hospital system in March reported 48 of its employees to relevant nursing and pharmacy boards.

Husel turned himself into authorities and was expected to face a judge later in the day.

Each of the criminal counts with which he is charged carries a sentence of 15 years to life in prison.

Husel’s attorney did not immediately return a request for comment.