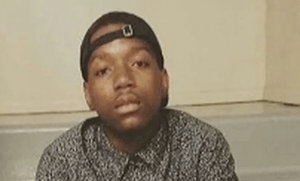 www.cbc.ca- Three men found guilty of killing 17-year-old Jarryl Hagley at a Toronto Pizza Pizza location have been sentenced to life in prison with no chance of parole for 25 years.

Twins Lenneil Shaw and Shakiyl Shaw, both 25, and Mohamed Ali-Nur, 21, were handed the sentence in court on Tuesday.

Before the sentencing, Shakiyl Shaw told Hagley’s family he was sorry for their loss, but that he was wrongly convicted of the crime.

The convicted men may still appeal.

Hagley was shot to death in the early morning hours of Oct. 16, 2016 at the pizza shop on Weston Road near Lawrence Avenue West.

Delma Hagley, Jarryl’s mother, previously said the convictions brought a form of closure, “but it doesn’t change the fact that I will never be able to see my son again.”