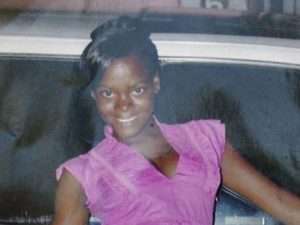 JAMAICA OBSERVER-The three police constables implicated in the March 2012 killing of 16-year-old schoolgirl Vanessa Kirkland were today sentenced to 14 years and 6 months each.

Constables Durvin Hayles, Anna Kay Bailey and AndreWain Smith, who were initially charged with murder, were convicted on the lesser charge of manslaughter on February 9.

The trio were sentenced today in the Home Circuit by Justice Carol Lawrence Berwick .

The former student of Immaculate Conception High School was killed on March 20, 2012 when members of a police team opened gunfire on a car in which she was a passenger.

Six other occupants in the car were shot.

The defence team, which included attorneys Peter Champagnie, who represented Smith, Nadine Guy who represented Hayles and Oswest Senior Smith, who represented the female, had all begged the judge to impose a fine and if she deemed it inappropriate to abide by the sentencing guideline, which proposes a starting point of five years.