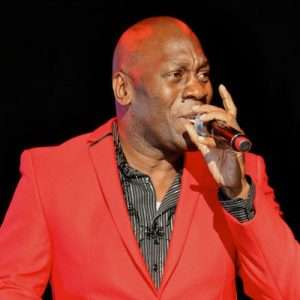 jamaicaobserver.com-  Reggae singer George Nooks was freed of drug charges when he appeared in Kingston and St Andrew Parish Court in Half-Way-Tree this morning.

“I am elated, I’m happy and I’m blessed,” Nooks told OBSERVER ONLINE a short while ago.

In May 2017, the police reported that 56-year-old Nooks was spotted acting in a suspicious manner by lawmen during an operation in his community.

He was accosted and a bag that he was carrying searched. The bag was allegedly found to contain approximately two ounces of cocaine.

Nooks is well known for songs such as Money in My Pocket and his remake of Al Green’s I’ll Be Standing By.