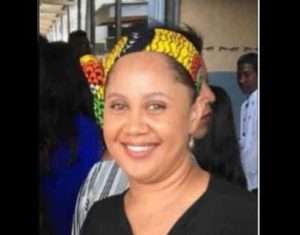 trinidadexpress.com- TEACHER Colleen Henry, who was found dead on a beach in Sans Souci on Wednesday, is being mourned and remembered with fondness by her colleagues, friends and pupils at Chaguanas South Secondary School.

Henry was a drama teacher at the school. She had been in the teaching service for the past 17 years. Her body was found at Big Bay Beach, Sans Souci, in Toco at around 7 a.m.

Her car, a Nissan March, was parked nearby.

It is believed that Henry drowned, although she was fully clad.

On social media, there was an outpouring of condolences. She was described as a kind and caring woman who had positively impacted the lives of many.

The Ministry of Education’s Student Support Services, supervisors, counsellors and representatives from the Employers Assistance Programme visited the school yesterday.

The Express was told that both staff members and pupils received counselling.