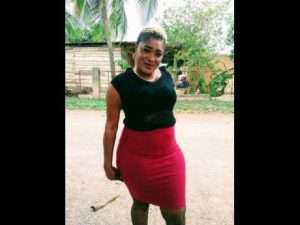 jamaica-gleaner.com-Had Antonette Bernard heeded the warnings of the police to leave a community drink-up in York Town, Clarendon, on Saturday night, she might have lived to enjoy Mother’s Day with her daughters yesterday

Tears streamed down the cheeks of Bernard’s daughters as they tried to come to grips with the predawn gun attack.

While condemning Bernard’s murder and the shooting of another woman as savage, Deputy Superintendent Paul Bernard, acting operations chief for the Clarendon Police Division, said the police had made repeated visits to the venue on Saturday night to shutter the premises and end the party.

The deputy superintendent issued a warning to entertainment promoters to end parties on the advice of the police.

“We want to remind the people that we are aware of what is happening, but they have to do everything to protect themselves. We are appealing to anyone who has information to help us to solve this crime,” he said.

Bernard said that the police visited the venue about 10 p.m. and instructed patrons to leave. But they refused.

The police returned to the venue shortly after 1 a.m. and reiterated the order, warning the proprietor to shut down the event and telling the crowd to disperse. Still, no one obeyed.

PROPRIETOR TO BE CHARGED

“It is very unsafe to ignore these things. Therefore, the proprietor is now in custody. She will be charged for breaches of the spirit licence and the Noise Abatement Act. The actions of these persons cannot be ignored,” DSP Bernard said.

Municipal councillor for the York Town division, Uphell Purcell, described the killing as heart-rending and pleaded for young people to take “proper note of themselves” and to end the violence.

“I beg of you to put away the guns, give the guns to the police. I’m begging and beseeching. York Town has come a far way,” Purcell said.

“Although we have had several murders, I never expected that there would be a murder this morning on Mother’s Day.”