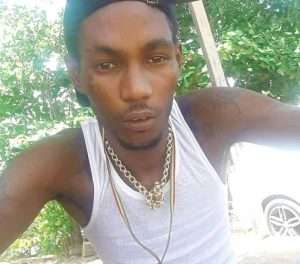 Newton, a construction worker, walked out of his home last week Sunday to visit his girlfriend.

The woman said he never arrived at her home and calls to his cellphone were unanswered.

But his relatives knew something was wrong and contacted the police on Monday.

Two days later, his sister identified her brother as the man found wrapped in plastic beneath a bridge in Felicity.

Newton’s sister told police she learned of her brother’s murder through photographs being circulated on social media.

Police said Newton’s hands and feet were bound and his body was partially found submerged in a ravine off Connector Road..

The body was found by a cyclist who stopped at the bridge to smoke a cigarette.

Newton was clad in a short black pants and his head and torso had been wrapped in a transparent plastic and covered over with blue and white striped bed-sheet.

Police believe he was shot.

Relatives are assisting officers in the investigation.