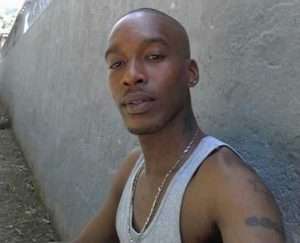 stlucianewsonline.com- A 34-year-old city resident who was shot and robbed last Easter Monday in Marchand, Castries has died, relatives have confirmed.

Dwight “Smokey” Louis, a resident of Independence City, in the area of Entrepot, passed away at 7:29 a.m. today (Sunday, May 12) in the Intensive Care Unit (ICU) of Victoria Hospital, relatives have told St. Lucia News Online.

On Sunday, his relatives gave St. Lucia News Online an account of what transpired on that public holiday, Monday, April 22.

According to them, Louis was walking home when he was attacked by three masked men, who shot him in the abdomen. After Louis fell, the gunmen took his wallet and cell phone then escaped on foot. The attack occurred around 11 p.m. near the Trou Rouge gap and TJ’s supermarket.

Relatives went on to say that Louis got up and ran some distance but collapsed again. Passersby saw him and immediately called emergency lines but got no answer, relatives told St. Lucia News Online.

As a result, passersby called the Marchand Police Station. By the time the cops arrived Louis had lost a lot of blood, but the lawmen wasted no time and transported him to Victoria Hospital.

According to relatives, the shot to his abdomen ruptured his liver and small intestines, resulting in two surgeries. They say he was “not strong enough” to do a third surgery.

Louis’ death has left the family “broken” but they are still “holding on”, St. Lucia News Online was told. However, they are not necessarily seeking answers as they were told by an eyewitness that the incident was an apparent “mistaken identity shooting”.

According to the relatives, the eyewitness, who could not identity the gunmen as they were wearing masks, said after shooting Louis, one of the bandits said “that’s not the fella”. Another insisted that they kill him nonetheless. They subsequently searched a dying Louis and took his wallet and phone.

Relatives said Louis was not known to be involved in illegal activity or associated with gangs. At the time of his death he was working with his stepfather at a clothing store in the city. Persons, writing on Facebook, have expressed shocked at his passing. Some were even unaware he was shot.

Louis’ mother passed away a couple years ago from cancer but his father is still alive, relatives said.

No one has been arrested for the shooting, which has now turned into an official homicide statistic.