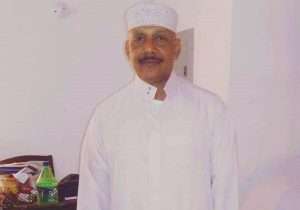 .trinidadexpress.com- A businessman was shot dead while saying prayers in a mosque in California, Couva, on Friday.

Haniff Mohammed, a contractor, was killed inside the premises.

The shooting happened around 1.30 p.m. at Junon Street.

During a telephone interview while he was at Parliament, Indarsingh said: “This brazen attack on someone inside a mosque sends a chill down my spine. This happened during the holy month of Ramadhan. That someone should disrespect the mosque like this is shocking”, said Indarsingh. “Criminals are behaving with a sense of impunity and are clearly demonstrating to the Government is in charge and lawlessness is the order of the day. “